WHAT WAS MUSEUM OF THE LONG WEEKEND?

Produced by Big hART for the Centenary of Canberra SPIN program, MUSEUM OF THE LONG WEEKEND was a celebration of the national capital through the lens of recreation, holidays, relaxation and older Australians who worked hard building what we now enjoy. The Museum was exhibited in and around vintage caravans and begun in the far flung corners of the country before travelling by road to Canberra. These convoys of caravans stopped along the way sharing stories, pictures and songs before arriving on the shores of Canberra’s Lake Burley Griffin for the weekend of 18th-20th of October 2013.

The MUSEUM was a multi-disciplinary installation that aimed to uncover hidden gems of Australian identity. It explored the idea that it might be in times of recreation and relaxation that our success as a community and as a nation is most present. Big hART artists collaborated with families, collecting memories and curating them into a living and mobile exhibition.

The event was staged in and around multiple caravans, in two parts: 42 vintage caravans attended the event, traveling from around the country. These vans formed a self-curated part of the museum, open to the public and hosted by their owners. The public was invited to wander in and around the vans, strike up a conversation, have a cup of tea and a chat about holidays past, common ground and times of relaxation or family arguments into the night.

The ‘artwork’ was presented in and around the curated caravans – specific caravans were curated and spread throughout Grevillea Park. The public were encouraged to explore these caravan exhibition spaces. 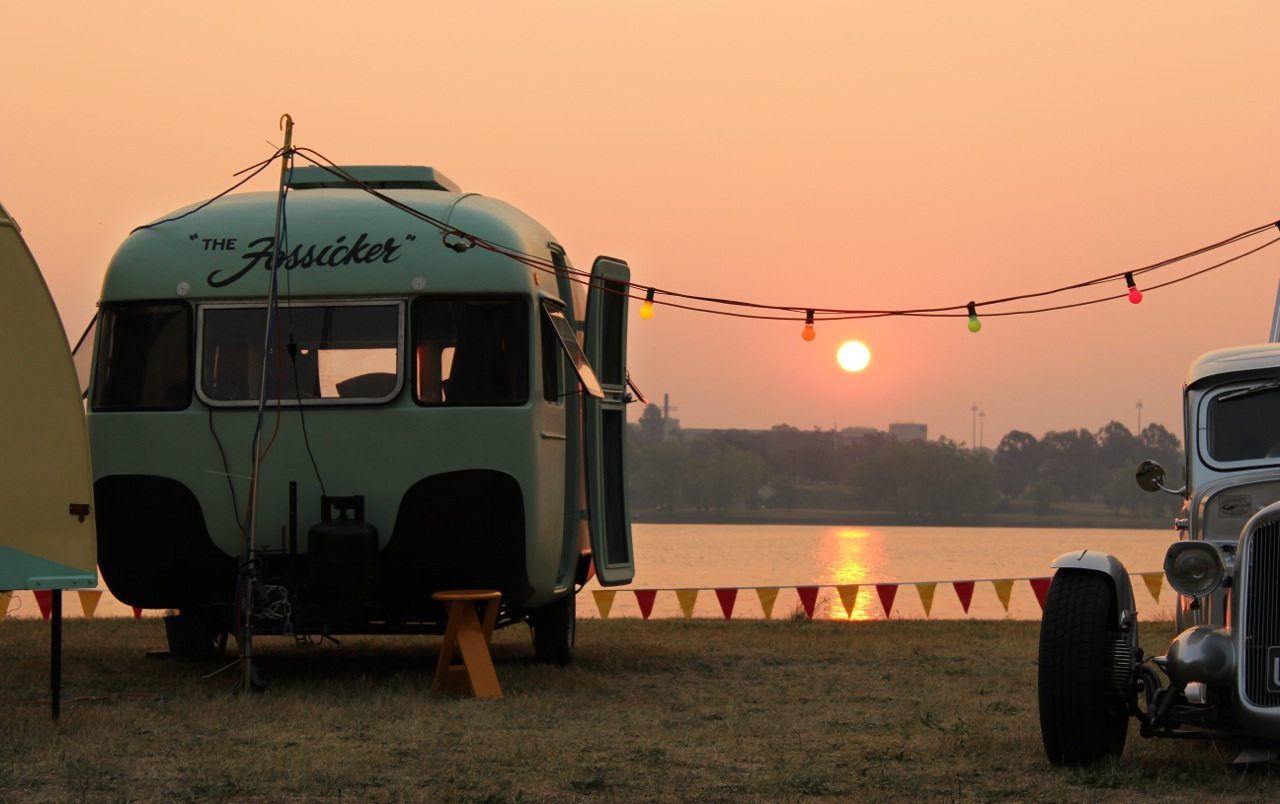